Marcadores: Inside her closet

Swinging London is a catchall term applied to dynamic cultural trends in the UK, centred in London, in the second half of the 1960s.

It was a youth-oriented phenomenon that emphasized the new and modern. It was a period of optimism and hedonism, and a cultural revolution. One catalyst was the recovery of the British economy after post- World War II austerity and rationing which lasted through much of the 1950s. Journalist Christopher Booker, a founder of the satirical magazine, Private Eye, recalled the "bewitching" character of the swinging sixties: "There seemed to be no one standing outside the bubble, and observing just how odd and shallow and egocentric and even rather horrible it was."

In Fashion, Mary Quant surprised the world by lauching the mini-skirt, while the main stores of Carnaby Street and King's Road, the new fashion center,like Biba, setted what young people should wear, as they were worshiped by magazine editorials from both sides of the Atlantic.

Twiggy (called "the Queen of mod"), Jean Shrimpton and Veruschka where super models, all photographed by the influente David Baley. Fashion centers in the heart of London got wild with mod sounds, with people coming from every corner of the earth.

Satiric publications like Private Eye made fun of the status of the traditional clothes of the Royal Family.

After England won the World Cup 1966, the British flag, the "Union Jack", turned into fashion between England's youth, becoming part of their outfits as coats, dresses, skirts and even underwear, with the trend setted by Carnaby Street.

It was the boom of Mini-Cooper's, that from then on were used as mini-cab taxis highlighted by advertising that covered their paintwork, quite a scandal for the british tradition. 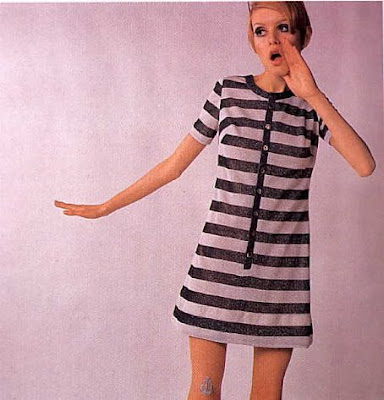 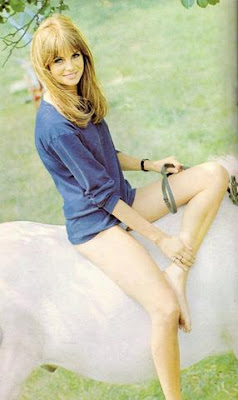 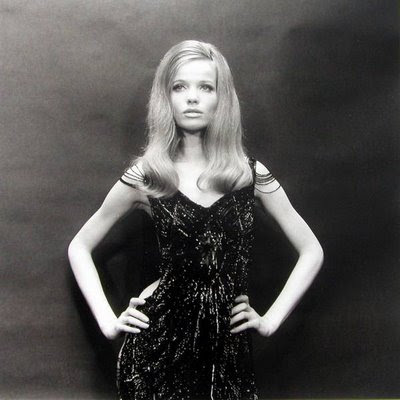 This is one of my favorite scenes from "Almost Famous"

They had a fight (between them), they're all quiet and all...and then they start singing along and everything is alright!
hey...that's the power of music man! :D

Here's a shot with George Harrison's son and a model, recreating the 60's. He looks so much like his dad! 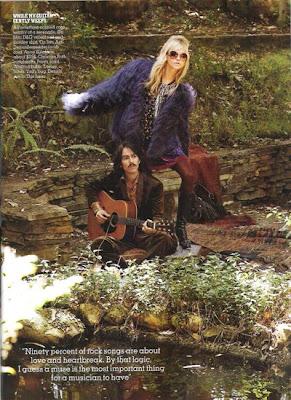 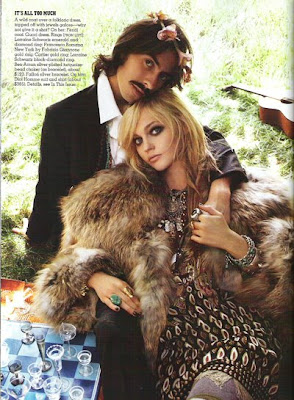 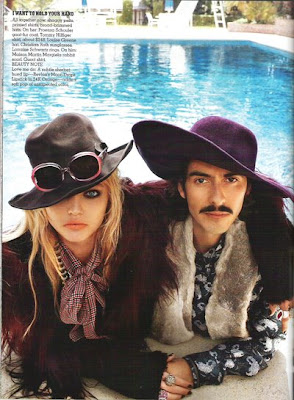 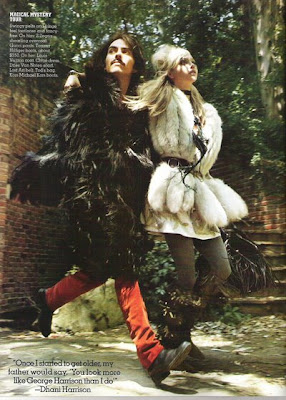 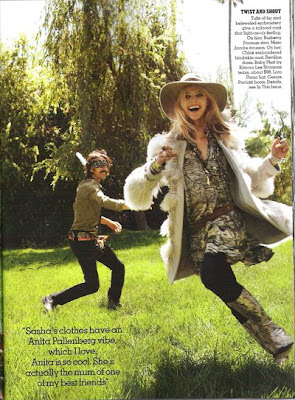 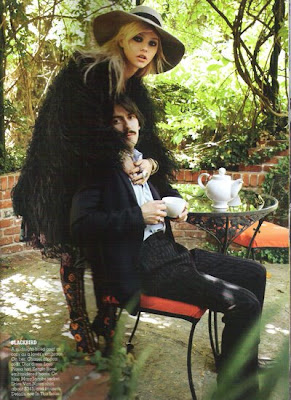 Grace Patricia Kelly (later Grace, Princess of Monaco) was an Academy Award-winning American film and Stage actress and fashion icon. Upon marrying Reinier III, Prince of Monaco in 1956, she became Her Serene Highness The Princess of Monaco, but was generally known as Princess Grace of Monaco. Princess Grace maintained dual American and Monegasque citizenship after her marriage. The principality's current Sovereign Prince, Albert II, is the son of Prince Rainier and Princess Grace. The American Film Institude ranked Kelly #13 amongst the Greatest Female Stars of All Time.

Caroline Louise Marguerite Grimaldi (Princess of Hanover, Hereditary Princess of Monaco), formally styled Her Royal Highness The Princess of Hanover is the eldest child of the late Prince Reinier III of Mocado and his wife, the former American film actress Grace Kelly. As a child she spent time at the home of her maternal grandparents in Philadelphia.
Born Princess Caroline of Monaco of the House of Grimaldi, she is the second wife of Ernst August V, Prince of Hanover (since 1999) and, since her father's death on 6 April 2005, is the heiress presumptive to the throne of Monaco. She was also heiress presumptive in 1957 and 1958, between her own birth and the birth of her brother, Albert, the current Sovereign Prince of Monaco. She also has a younger sister, Stéphanie.

Charlotte Marie Pomeline Casiraghi also known as Charlotte of Monaco, is the daughter of HRH Caroline and the late Stefano Casiraghi, an Italian industrialist. Though not titled, she is fourth in line to the throne of Monaco.
She is named after her maternal great-grandmother, Princess Charlotte of Monaco. Casiraghi is of French, American, Irish, Italian, German, Monegasque, Spanish, Scottish, English and Dutch heritage.

The decade that brought us flower power, the antiwar movement, hippies, bell bottoms, woodstock, acid, and Nixon.
Where were you when all this was happening?